How to Monitor pfSense with Domotz

Regarding router and firewall software, you have countless choices for controlling what happens on your network. pfSense is just one option, but it’s a popular pick among FreeBSD users who want to make the most of available hardware, support open-source, and retain a high degree of control. For those of you new here, Domotz is a network device monitoring tool for managing your IT systems.

Here’s how pfSense works – and how the Domotz monitoring integration makes it easy to get started with Pfsense monitoring.

pfSense is a free, open-source firewall and router OS. It’s based on the FreeBSD operating system but includes its kernel.

The name comes from the fact that it uses the PF firewalling software – which works by filtering traffic at the packet level.

An Overview of pfSense

If you want to use pfSense, you’ll install it on a physical computer or a virtual machine to make a dedicated firewall/router for a network. Since it builds on OpenBSD, it’s an operating system – not just a tool that runs on another OS.

You can configure and upgrade pfSense through a web-based interface. This requires no knowledge of the underlying FreeBSD system, making it an easy entry point for beginners and network admins who have other things on their plates. Because it’s just FreeBSD, you can dive in as deeply as you want.

FreeBSD is a free and open-source Unix-like operating system. It began as an offshoot of the Berkeley Software Distribution (BSD) in the early 1990s. Fast-forward to the modern era, FreeBSD has become the most widely used BSD distribution.

FreeBSD and Linux have a lot in common, but there are some essential distinctions for enterprise users:

Using pfSense might appeal to anyone in need of a customizable firewall solution. This includes small business owners, large enterprises, and individuals who want to protect their networks.

The Benefits of Using pfSense

There are many advantages to using pfSense, including the following:

With the Domotz pfSense monitor, you can proactively monitor your pfSense gateway, underlying FreeBSD server, and more.

Here is a list with some of the most important facts about our pfsense monitoring tool:

How Our pfSense Monitoring Tool Works

It’s easy to set up Domotz pfSense monitoring. Just use one of our scripts. You’ll be managing your pfSense instance via SSH, SNMP, or your other favorite protocol in no time.

After installing pfSense, open the web interface. Then, use the app to set up a custom integration following these instructions. The whole process should take at most ten minutes.

You can also check our custom driver examples online to get our integration code. Or, reach out to us directly for help getting started.

Conclusion on our pfSense Monitoring Tool

To sum up, pfSense is a popular tool for controlling what’s on your network and is common amongst FreeBSD users. If you need a way to monitor your pfsense instance, you can easily do this with Domotz for an affordable monthly cost with no long-term commitment or subscription. 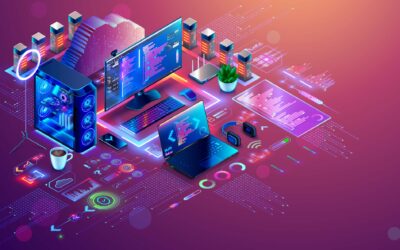